Rio Grande City – Delfino Garza, 95, entered eternal rest on Saturday, November 6, 2021 at Edinburg Nursing and Rehabilitation Center. He was born on April 27, 1926 and raised in Rio Grande City by his late parents, Vivian Garza and Baldomera Perez Garza. He was the youngest of five children who preceded him in death. These were Vivian Jr., Isabel, (Chavela), Victorina, (Toya) and Severa.
As a young child of seven, he would shine shoes and sell the Laredo Times to earn money for his family. At age ten, he started working at Union Service Station and continued through high school.
He graduated from Rio Grande City High School in 1944 and attended Pan American College for a brief period of time. He joined the United States Navy on June 2, 1944 and served until March 5, 1946 when he was honorably discharged. He was a Seaman 1st. Class and served on the U.S.S. Pickens in the Pacific Theatre during World War II.
After returning from war, he married the love of his life, Lucille Juarez, on May 4, 1947.
In 1950, he started his career with the United States Postal Service as an office clerk and later as a city mail carrier. In 1964, he became a rural mail carrier until he retired from the postal service in December 1981. Later in the 1980’s, together with his wife, he built, managed and owned Rio Motel which is still owned and operated by the family at 1111 West Main St. in Rio Grande City. In 1996, he built a ranch house in Santa Elena, Texas where he moved with his wife to raise cattle.
He was involved with his children, church and community by serving as Scoutmaster for Troop 92 of the Boys Scouts of America sponsored by Immaculate Conception Catholic Church in the 1960’s.
Delfino is survived by his wife, Lucille Juarez Garza and his children, Delfino (Nora) Garza, Jr., Raul Garza, Maria Graciela (Richard) Georgi, Edna Estella (Gerardo A./Jerry) Lara, David (Yolanda) Garza, Roel Garza, Ricardo Noel (Rosie) Garza, Rene Ruben Garza (+) and Abel Carlos (Veronica) Garza. Also nieces, nephews, 17 grandchildren and 12 great-grandchildren.
Dad was honest, courteous, loving, compassionate, a wonderful role model and a hard-working person. He and our mother, stressed the importance of receiving a formal education to all of us children. We all completed our elementary, middle school and high school education in Rio Grande City public schools and Immaculate Conception Catholic School. Some of us completed our higher education studies in trade schools and others at 4-year colleges.
Dad took care of all his family. We will all greatly miss our father.
Visitation will be held on Tuesday, November 9, 2021 at Sanchez Funeral Home in Rio Grande City from 1:00 p.m. to 8:00 p.m. and again, on Wednesday, November 10, 2021 from 8:00 a.m. through 9:45 a.m. Funeral Mass will then be held at 12:00 noon at Immaculate Conception Catholic Church followed by internment with full military honors at Rio Grande City County Cemetery.


To order memorial trees or send flowers to the family in memory of Delfino Garza, please visit our flower store.

A candle was lit in memory of Delfino Garza

A photo was added for Delfino Garza 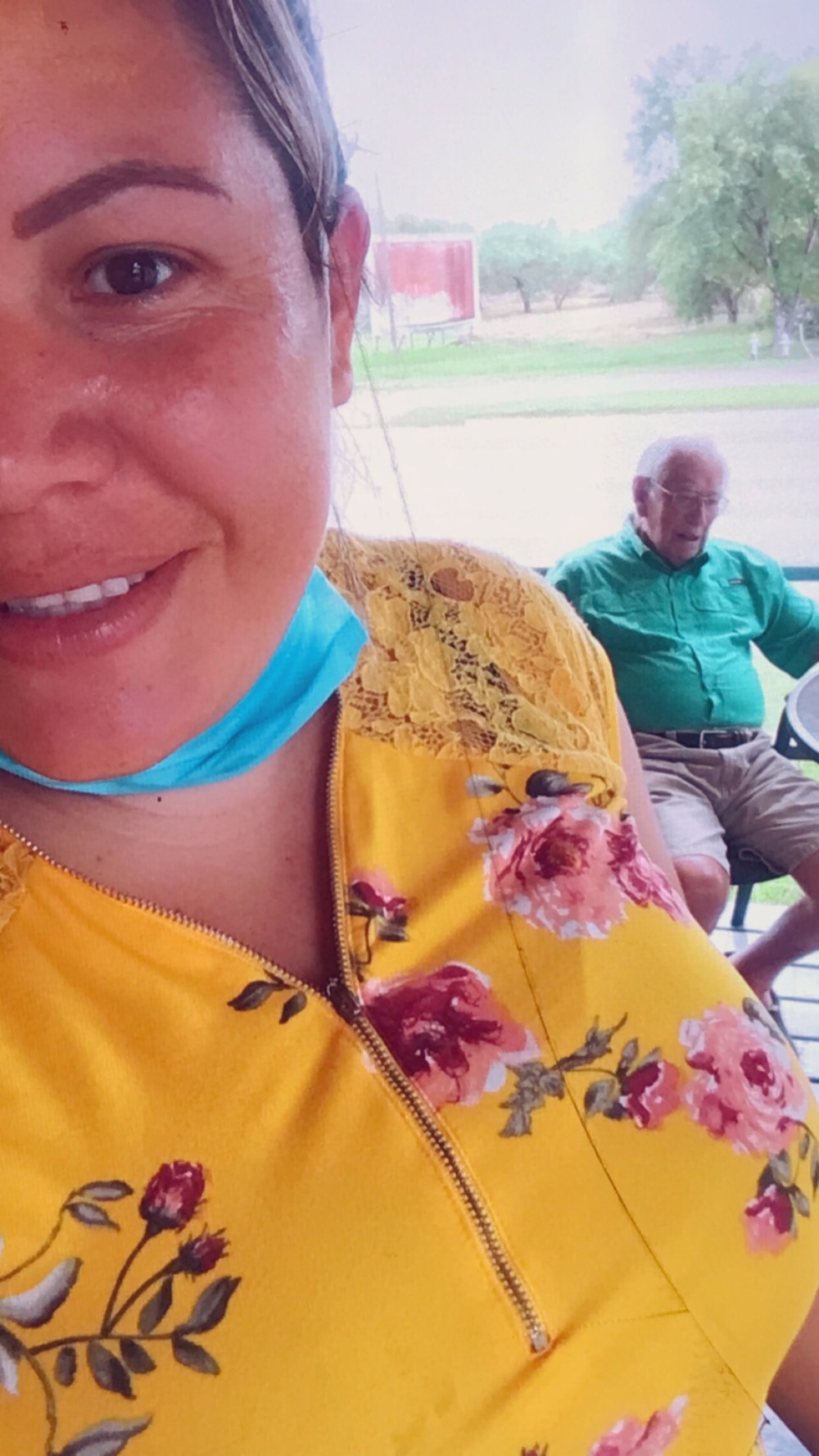